Scrap plans for a new law that would stop people without the right photo IDs from being able to vote in UK wide elections - it could lock thousands of people out of being able to engage in our democracy.

There are lots of reasons that you might not have an ID. Over 3 million British people don't. Maybe you don’t drive or travel. Or money's too tight to pay the fee required to get a driver’s license or passport. Maybe you just left it at home! But these aren't reasons to take away your right to vote.

The Government says that these measures are needed to prevent voter fraud. But there is no evidence that they need to. At the last general election police only had to investigate 164 claims of voter fraud - out of over 30 million votes cast - and none were found to be valid. Experts say this law could stop hundreds of thousands of people from voting. It’s a massive and dangerous overreaction.

Thank you for signing the petition.Now could you chip in to ensure we can keep fighting to make our democracy fairer, more open, and more accountable? You can make a secure donation here: 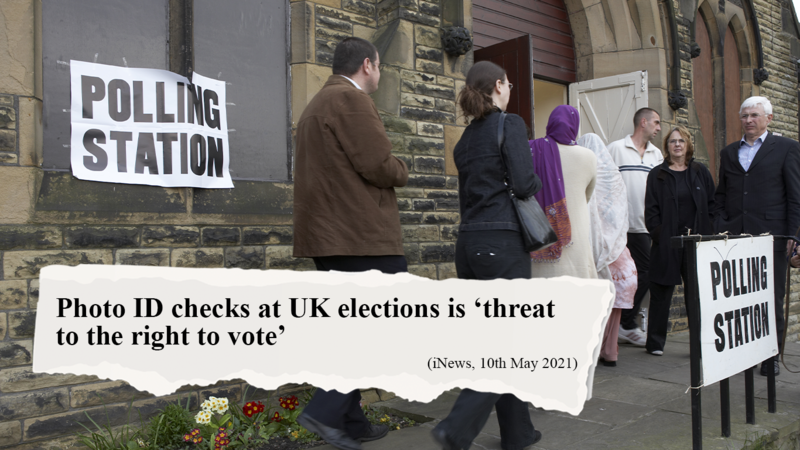 I just signed the petition calling on Boris Johnson to scrap plans to introduce a new voter ID law. Will you add your name?
ago