skip to main content
6,916 of 10,000 signatures
Imagine the scenes in Walkers HQ when hundreds of packets are delivered each day and people are talking about posting their packets on social media. From the canteen to the boardroom, the need to tackle plastic waste will be on the tip of every tongue. Bosses will soon realise they need to act fast.

It won’t cost a penny as we can use Walkers own Freepost address. All you need is a Walkers crisp packet, a pen and envelope

Whether you post your packets as they are, or use an envelope, they'll be delivered. But crips packets will have to be manually sorted, so it's better to use an envelope if you have one. 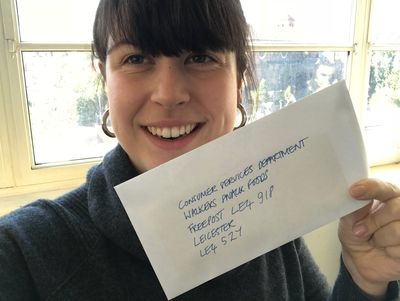 Return to petition
6,916
of 10,000 signatures
Thanks for signing! Your signature has been added.
ago